Airline stocks surged on Thursday as Ryanair’s huge 737 MAX order from Boeing demonstrated how much optimism is returning in aviation. Despite this arguably the best news came from a different source, as Microsoft founder Bill Gates made a bold prediction for the future of the pandemic.

All major airlines have endured (and continue to endure) the worst economic crisis of their industry’s existence. Huge companies like American Airlines have seen major cash burn as their international business ground to a halt, while domestic carrier Southwest may be implementing it’s first involuntary furloughs in their history. Ryanair’s decision to increase their Boeing 737-MAX is some of the first concrete good news that aviation has had in a while.

With U.S. COVID-19 deaths hitting a new record and cases also spiking, it looks like the next few months will be among the darkest in the pandemic. As they say, however, it’s always darkest before the dawn, and this certainly looks to be the case for travel stocks.

The United Kingdom has approved Pfizer’s vaccine venture with BioNTech for distribution, with approval likely to follow in other countries. 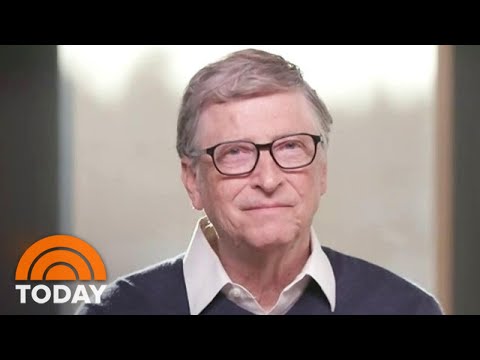 Confirming that people should be consider becoming genuinely optimistic about next year, billionaire and philanthropist Bill Gates believes life will be heading back to normal stating in an interview with Today,

“It’s a paradoxical situation… the next four or five months actually look pretty grim… These amazing vaccines will start to roll out, and by the spring will change those numbers dramatically”

As one of the leading donors in the fight against the coronavirus (and many other diseases around the world), Gates’ positivity about the future is clearly mixing with his concern about the present. For forward-looking stock market investors looking to scoop up a bargain in travel stocks, the outlook is clear.

After being cooped up for the best part of a year and with savings spiking in key demographics, the world is unlikely to take travel for granted again.

This is the fundamental reason why Ryanair is rolling the dice on buying all those shiny new 737 MAX aircraft. If Bill Gates believes that most of the vaccines are going to work, then the tourism industry could see record demand in just a few short months. Boeing, as the world’s largest manufacturer of commercial aircraft, would naturally see its order book benefit with the 737 Max back in the skies.

Stimulus Needed To Bridge The Gap

Given that a company like American Airlines is valued at just over 50% of what it was worth at the start of 2020, the potential for a bargain is clear. Perhaps the most difficult thing will be for these already cash-strapped companies to get a fresh infusion from Congress. Without this life-line, scaling to demand or even staying afloat might be difficult come Summer 2021.

If this fresh capital does arrive, Gates’ vaccine comments will give bulls the confidence to push through what will still be a dark winter for airlines, and brace for a block-buster summer of pent-up demand.